Inogen, the maker of the popular portable concentrators, Inogen One G2 and Inogen One G3, has filed for an initial public offering. The symbol “INGN” will be used for the offering of shares on the Nasdaq and Inogen expects to raise up to $86.2 million.

When the grandmother of a USCB student was placed on oxygen therapy, he and two other students sought to increase her freedom and independence. The three founded Inogen in 2001 to provide a better solution for oxygen therapy users. Since that time, Inogen has grown considerably with revenue increasing to $55.7 million in the first nine months of this year, and profit of $3.9 million.

It is reported that Inogen wants to use the IPO funding to increase sales and marketing, expand research and development and pursue potential mergers and acquisitions.

Inogen appears to be positioning itself to compete globally against its major competitors, Chart Industries (maker of the AirSep FreeStyle and Focus, SeQual Eclipse, and soon-to-be-released SeQual Equinox), Philips Respironics (maker of the SimplyGo), and Invacare (maker of the XPO2 and Solo2), and DeVilbiss (maker of the iGo). These manufacturers also produce home oxygen concentrators: AirSep Visionaire, Respironics EverFlo and SimplyFlo, Invacare Perfecto2, and the DeVilbiss 5-liter.

Other smaller manufacturers of concentrators portable include O2 Concepts (maker of the Oxlife Independence) and Inova Labs (maker of the LifeChoice Activox).

For oxygen users, this funding could mean even better products from a company that is preparing to grow alongside an increasing oxygen-dependent population. 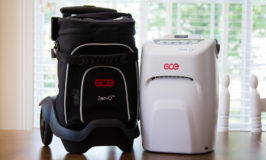 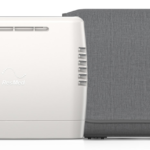